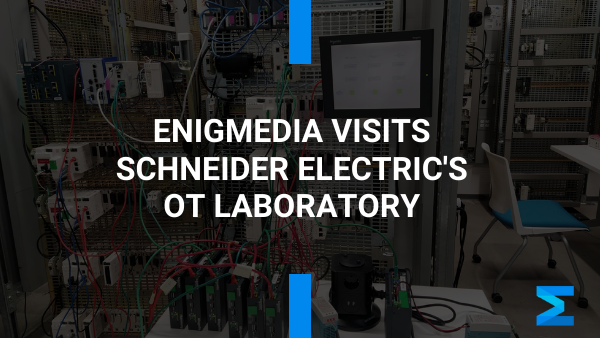 Enigmedia (Certified Technology Partner of Schneider Electric) has recently been invited by Schneider Electric to its laboratory at the Andover Competence Center, Boston, to hold a technical session for members of their Process Automation and Industrial Cybersecurity team.

The main objective of the session is to carry out a demonstration of Enigmedia’s MUGA product to understand in detail the operation and differential value of this solution in an industrial production environment emulated in said laboratory.

During the session, Enigmedia team explained the functionalities of the solution and the deployment and configuration process. Once going through an in-depth understanding of the solution, the real demonstration of the technology is carried out in the test environment, aiming to protect the devices of the industrial control system against certain common cyberattacks which tend to occur in this type of environment. 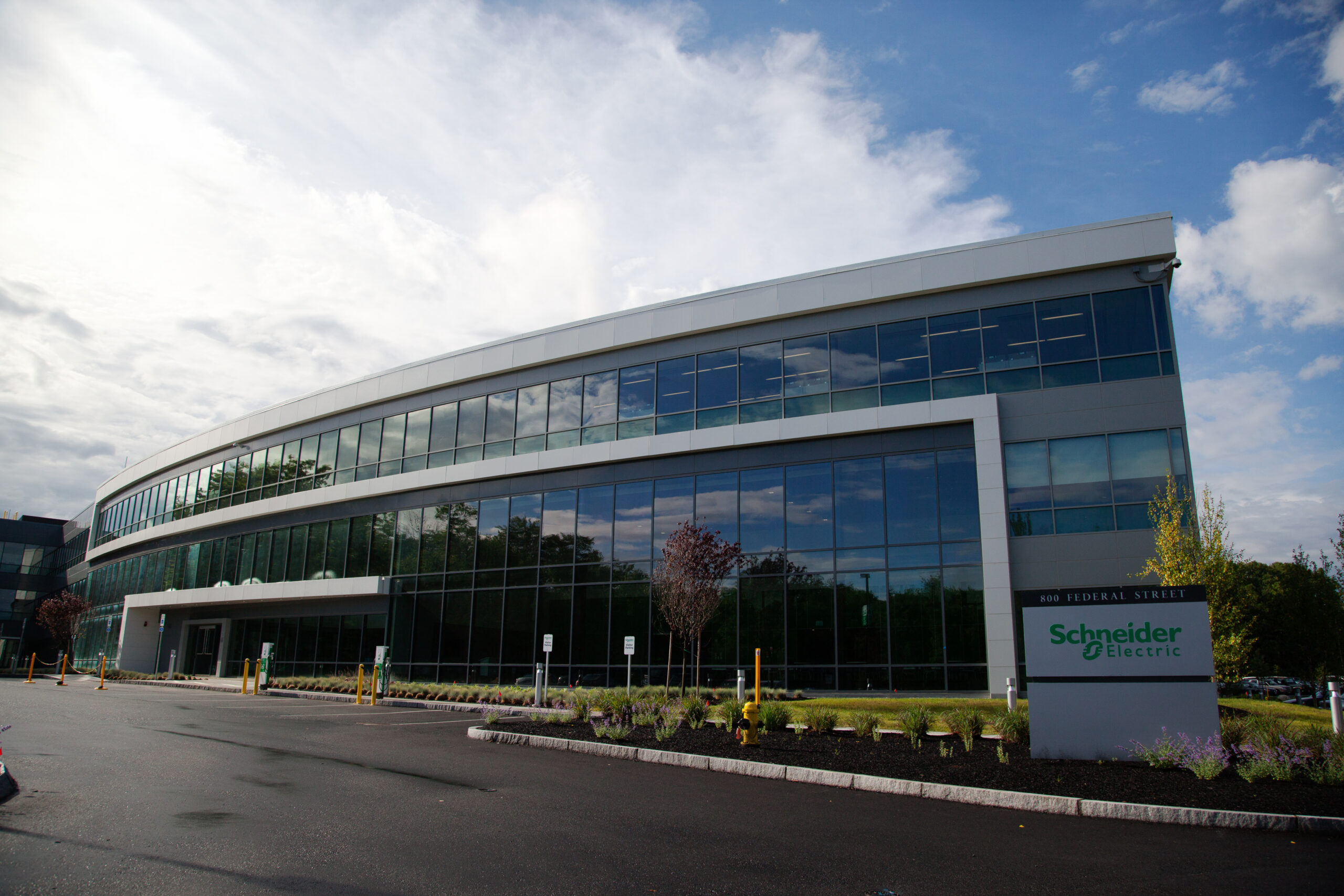 The proposed test environment consists of a flat network that emulates an automated production process in an industrial plant. The network includes multiple Schneider Electric OT elements such as PLCs, an HMI, switches, an EWS and some actuators, replicating, on a small scale, a standard industrial control system.

Today, it is very common to find flat networks with few security measures implemented, both in industrial plants and in critical infrastructures. In this scenario, Enigmedia’s technology shine bright, as it is has been designed to protect flat brownfield networks with the minimum impact in the current architecture. This implies that no reconfigurations are needed as a L2 overlay is created once the solution is deployed, avoiding changing devices, IPs and other complex reengineering processes.

The diagram below shows the architecture proposed by Schneider as the initial scenario. 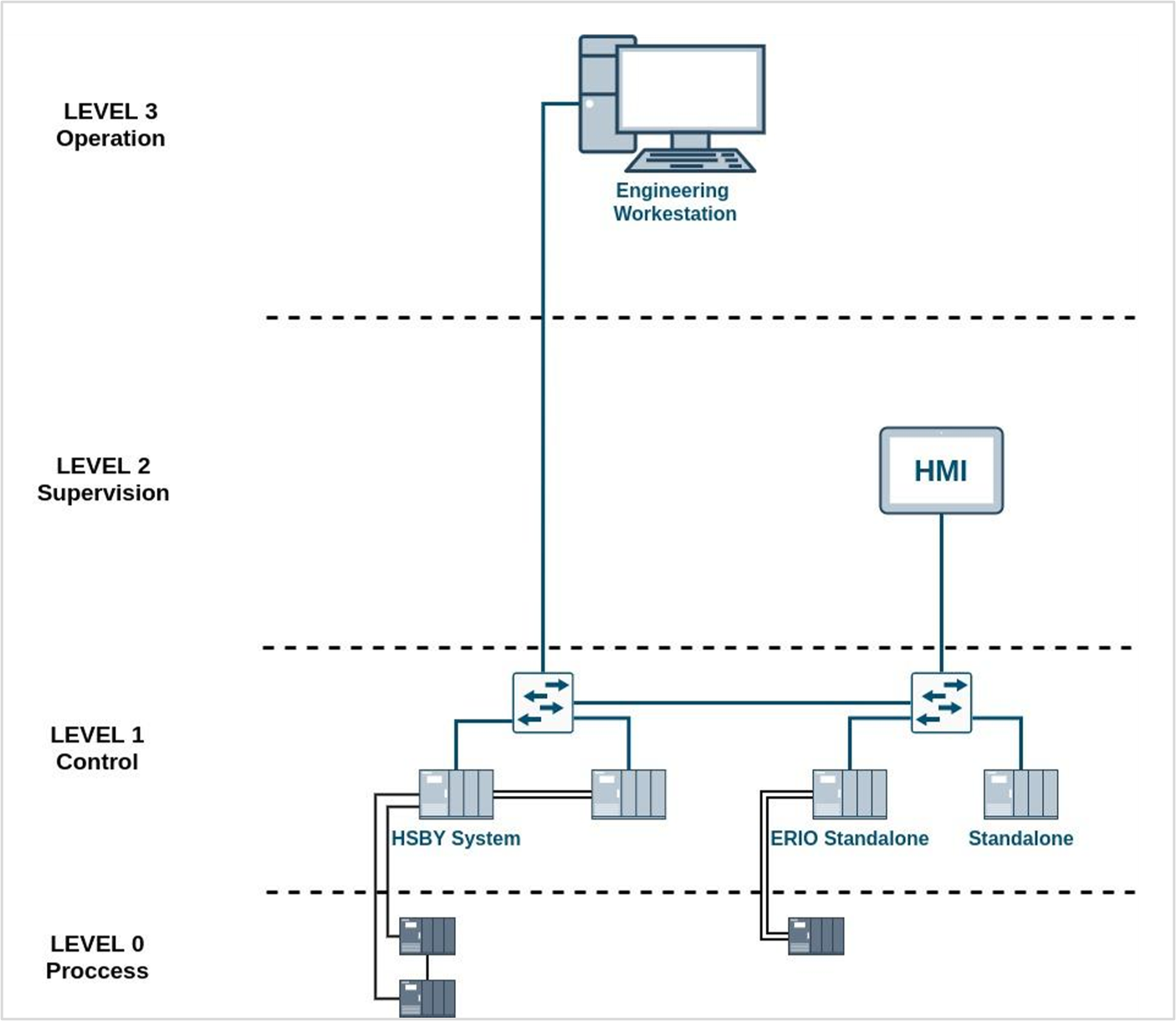 Flat networks are the most vulnerable network we can find, and unfortunately the most common in legacy industrial environments, as they were designed to be isolated and not connected. Most industrial enterprises are just getting started with their OT cybersecurity strategy, meaning that they are still taking the first steps in their industrial cybersecurity roadmap. Usually within these first steps asset inventories and network auits are done in order to plan further measures based on network topologies. However, most companies lack from advanced steps such as network segmentation, secure conduits between zones, user authentication or communications encryption.

When a threat or attacker gains access to flat networks, the main risks are:

Today it is urgent to apply cybersecurity measures to industrial flat networks, although it is not easy since there are specific challenges related to networks, devices, and production processes, that make it difficult and costly.

In the initial scenario, we found some difficulties that are very common when protecting brownfield industrial networks which are already deployed and in operation. These challenges are related to reconfiguration requirements that imply complex processes and usually must be executed locally by an expert. These reconfiguration processes may cause production downtime and/or system malfunction.

The issues detected by the technical teams of Schneider and Enigmedia were the following:

How to protect OT network with MUGA

Starting from the flat network described previously, the session consists of deploying MUGA in an easy and fast way, demonstrating that existing devices can be protected avoiding reconfigurations. Then, after deployment, show how security functionalities (such as encryption, segmentation, and firewall) can be easily implemented.

By deploying Enigmedia’s MUGA solution, an advanced security layer is created on top of the OT network hiding assets and allowing micro-segmentation, conduits definition, firewall rules, and encrypted communications between the different zones. All this is achieved with minimal impact on the architecture and network performance and avoiding reconfigurations and devices replacement.

The following diagram shows how to protect the proposed network with MUGA. 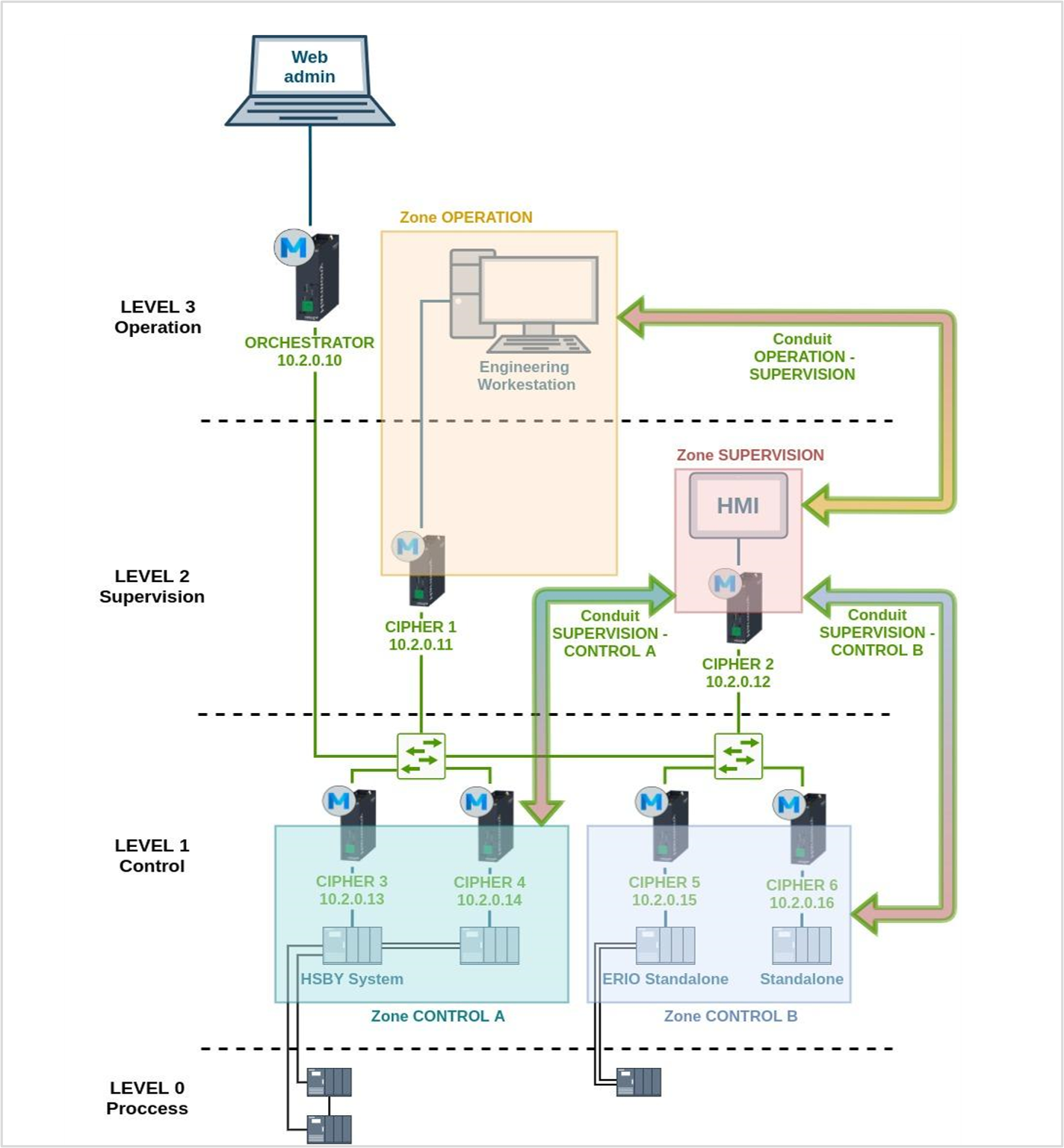 Throughout the demo, the following tests are performed to test the value MUGA brings to protecting OT networks. During these tests, it is verified that the solution encrypts the network traffic without any impact on latency, and then simulates some attacks directed at the PLCs to stop the production process and how the implanted solution can prevent them.

First, a PC is connected to the SPAN port of the switch to simulate that an attacker has gained access to the network. Without the implemented solution, and using Wireshark, it is proven that the traffic is clear, and that the attacker may filter MODBUS traffic and see the IPs of the PLCs. After this, MUGA is displayed and it is verified that the traffic is encrypted and MODBUS is not seen, thereby preventing an attacker from obtaining information from the network.

Once it has been verified that the traffic is encrypted when implementing the solution, we proceed to demonstrate how MUGA prevents attacks: 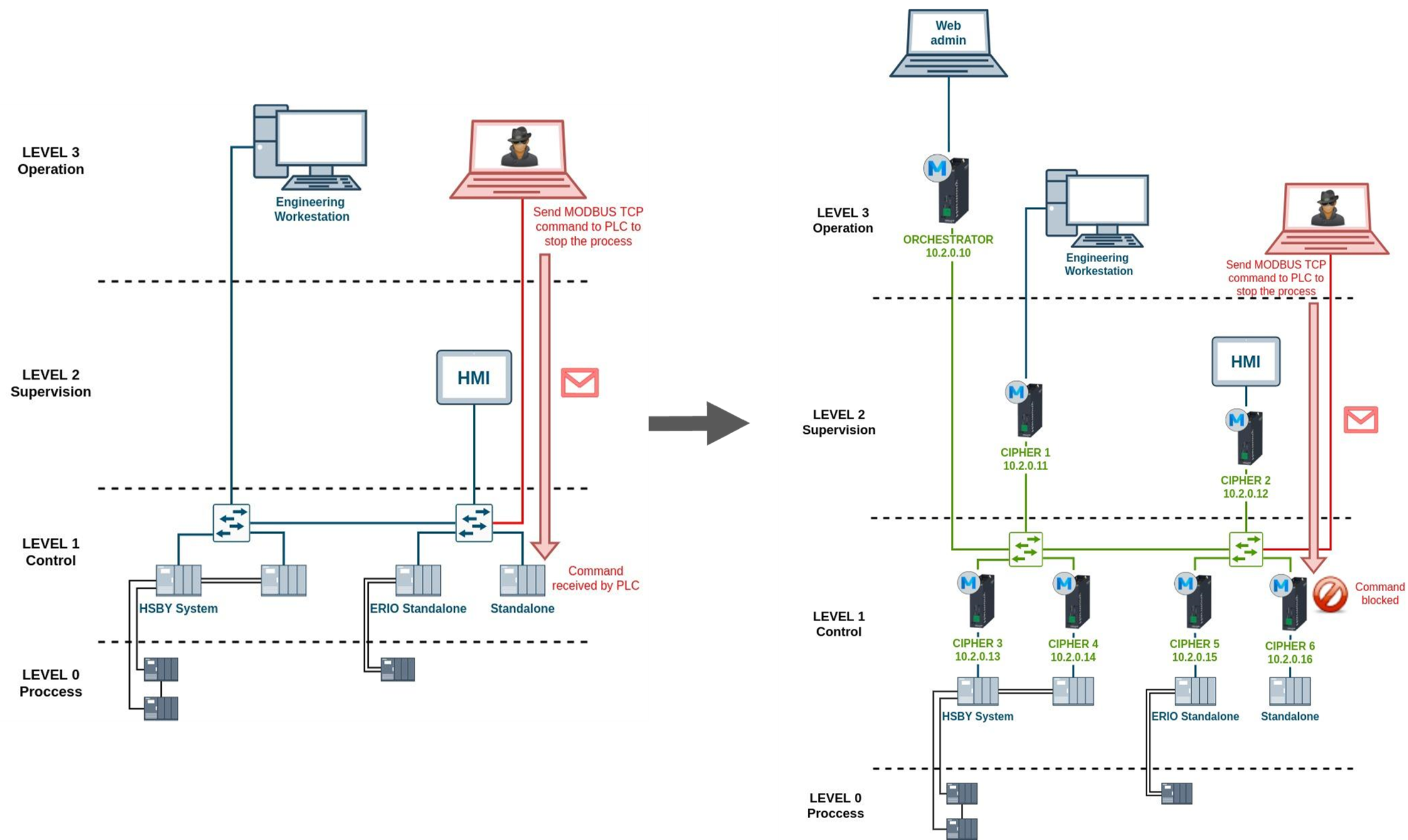 Below are some of the testimonials made by members of the Schneider Electric team who attended the session, including specialists in process automation and cybersecurity.

Please get in touch if you want to know more about how Enigmedia helps solving OT cybersecurity challenges:

Enigmedia is a Cerified Technology Partner of Schneider Electric. You can also find our solution in SE Exchange marketplace:

All about cybersecurity in Industrial environments and Critical Infrastructures

Let’s Get in Touch